A Knight’s Tale – a genuine collaborative indoor team event. ‘Hells Bells, a Knight’s Tale’ is a brilliant, unique, fun, multi-dimensional event, with all participants actively contributing towards a common end goal. The purpose of the... Read more

About this team building

‘Hells Bells, a Knight’s Tale’ is a brilliant, unique, fun, multi-dimensional event, with all participants actively contributing towards a common end goal.

The purpose of the event is for attendees to answer a single question – “What was the time of the rescue?” The answer is revealed through completion of a series of different constructional, mental, musical, creative and logical tasks and puzzles.

The deliberately varied nature of the content means that there is something which appeals to everyone within your group. The game is deliberately designed so that the success of each task is inter-dependent with the success of other tasks. This encourages your group to work closely together and share information.

At the start, teams make the assumption it’s a competitive challenge and display unhelpful competitive behaviours. After a short while, some has the ‘light bulb moment’ and realises that success is only possible if the whole group work together as one.

A physical enactment unfolds the overriding story in the grand finale. The story is also told by an accompanying giant automaton made up by a number of mechanical structures which trigger each other in sequence… and deliver the verdict;

were you correct or not?

This event is not to be missed!

Such is the popularity of Hells Bells, that it’s been shipped all over the world and delivered in different languages. Over time, delegates who have experienced it, have then booked it themselves years later once they themselves were leading their own teams. 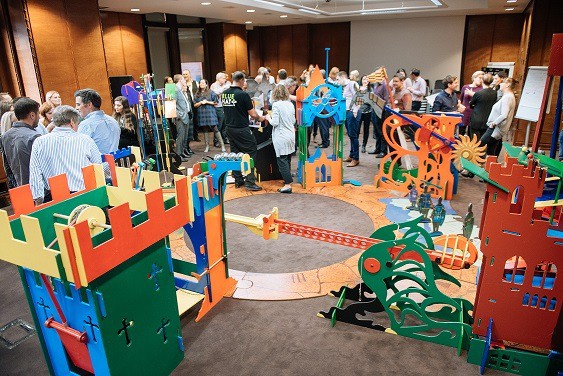 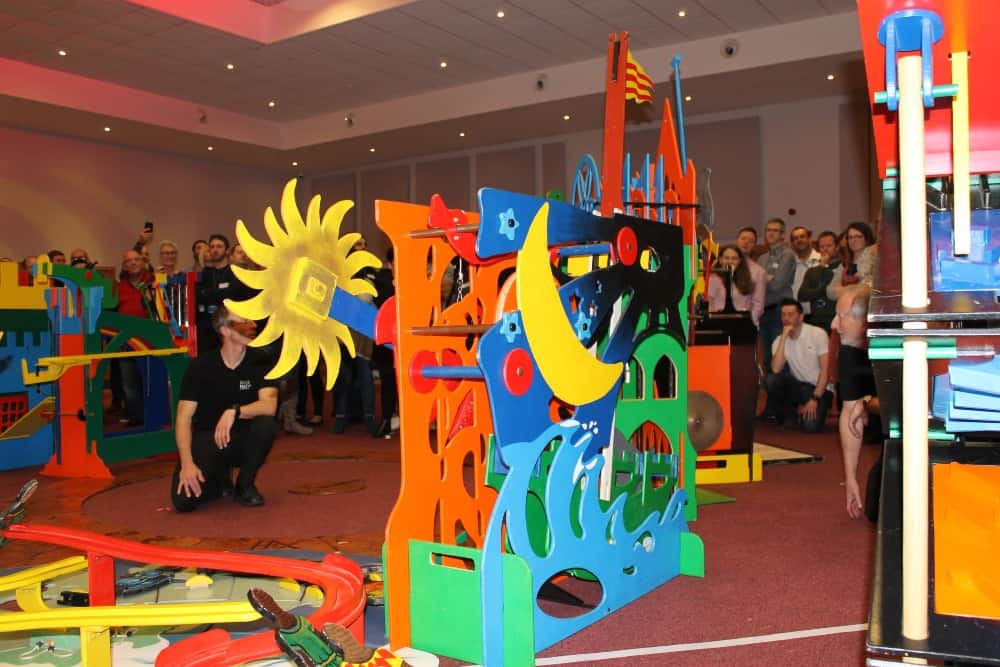 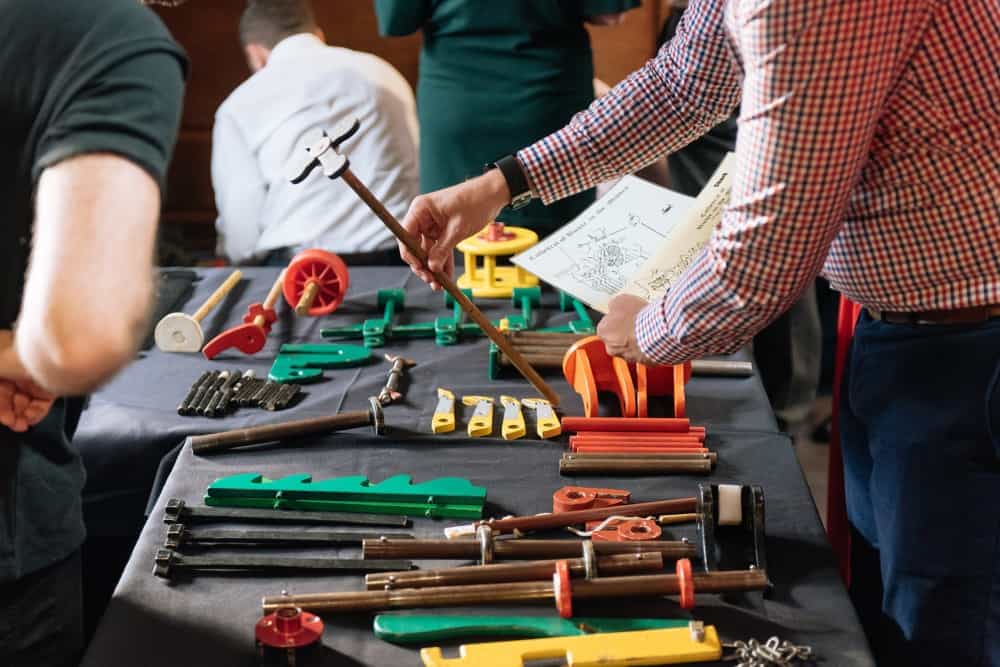 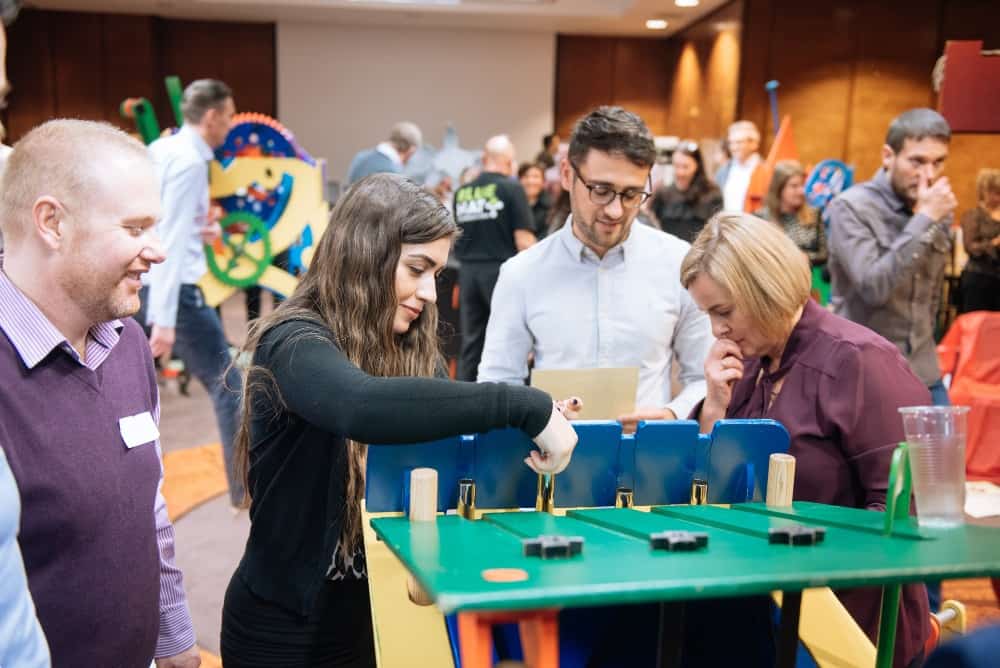 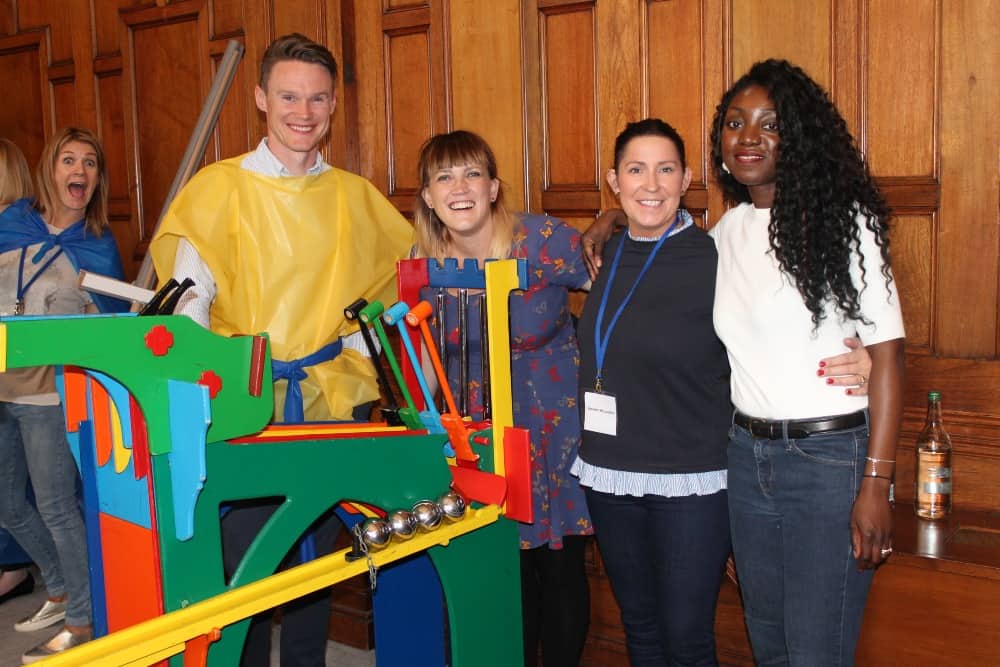 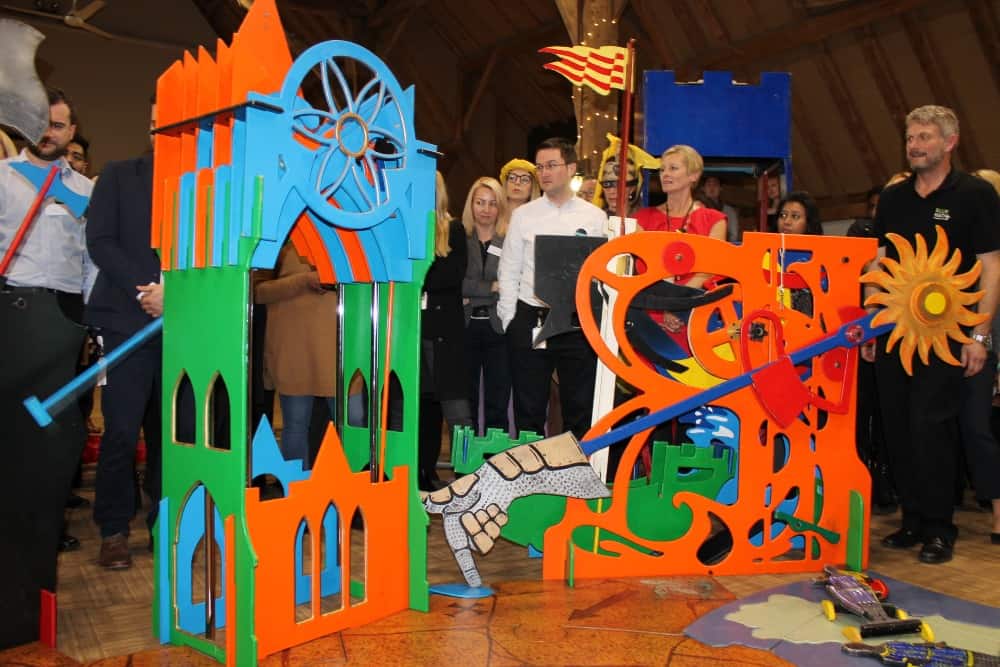 Eden – A journey that takes you around the world